I’m going to be making this project in Python, Scratch, and PSoC Creator to better illustrate how to move between them, and to show what some of the differences are.

The wiring is the same for all 3 versions. Plug the servos into the PiSoC servo header. The solar panel goes into the analog port (black to GND, red to P[3]0), so we can measure the voltage from it. In PSoC Creator you’ll be able to choose any port for servos and analog. In Python and Scratch Servos and PWM are Port 2, and Analog is Port 3.

First up is a simple Scratch project. There are a few comments explaining the most important parts of the program. 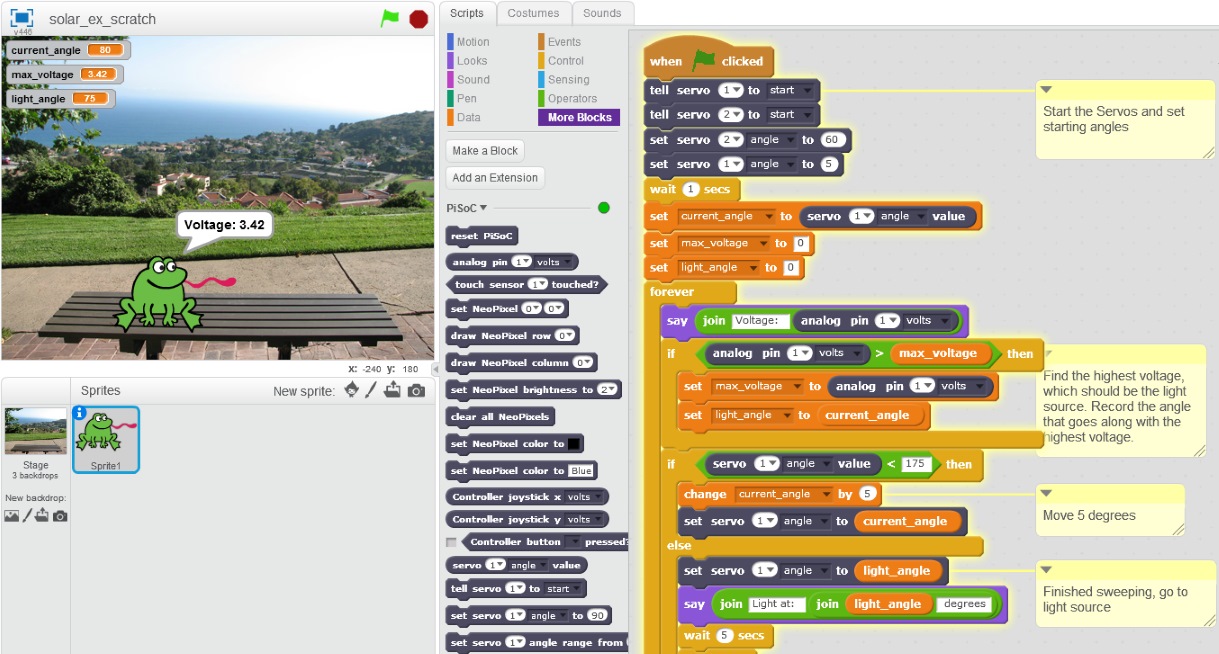 Next is a simple Python script. This script works nearly the same as the Scratch version, with a few key differences.